The ideas for this project originated with Richard a couple of years ago. After festering in his mind for a number of months, he discussed them with the various members of the team, all of whom were very interested. So, he applied to take part in Digital Dancing 1997 and that was the first time the team all got together to plan and research the many ideas they had.

After Digital Dancing we continued to research the possibilities for the project and were invited by the British Council for a brief visit to Fonster Europe 1998 in Stockholm where Richard and Enid developed things further with the help of Illuminations Interactive.

Our next, and final, research period bridged the gap between researching ideas and creating a finished product. We did more extensive research during Digital Dancing 1998, and are now ready to make and present the final work. 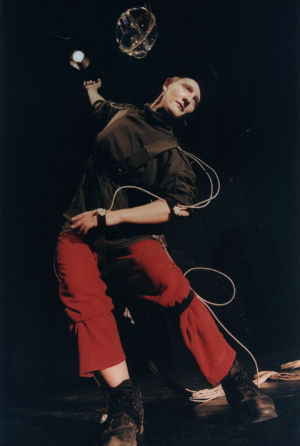 In November 1997 Richard, Christian, Emma, Enid and Alex spent two weeks during Digital Dance 1997 at Riverside Studios developing the ideas for the project. Max, unfortunately, was already committed to another project during this period and so was unable to join us.

We used this period to do some initial development on the ideas underlying the project and to experiment with some of the technology we are using.

We concluded that a proscenium stage is not the right environment for the work and that an installation in which the audience can get close to and walk around the dancer is best. We worked for much of the time with a live motion capture system and found its potential enticing. We also discussed the ideas behind the project and developed a coherent proposal for the development of the work.

In April 1998 we were invited by the British Council to the Open Windows in Europe forum in Stockholm for three days where we experimented with the work a little further.

The event was hosted at the Kulturhuset where we researched the work in public, watched by passers by and people who came specifically to see the event. We sometimes had as many as a hundred people watching us as we worked.

We interrupted our work at intervals to give a number of very popular presentations of the work in progress, explaining how we worked and why the project interested us. Also, we gave the public opportunities to try the motion capture equipment and to dance with the creature themselves – an experience that gave them greater insight into what we were doing. 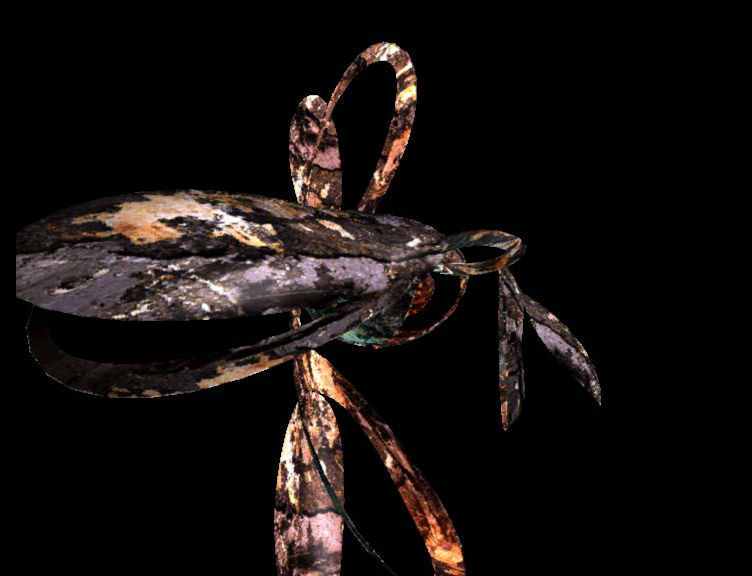 In November 1998 we all took part in further research for the project for two weeks during Digital Dancing 1998 at the Jerwood Space in London. We explored all aspects of the project to a greater depth than previously. We constructed a new creature for the dance, and a perspex box for the live dancer to dance in. We developed far more complex artifical intelligence to guide the creature's movement. We worked on the music and its integration into the project and developed the choreographic ideas.

At the end of the research we did two presentations of the work in progress to the public, where the project was very well received.