The ideas for Cyberkinesis were originated by Richard Lord and developed by the whole team. In creating the project, Richard is Artistic Director and the choreographer for the live dance. Christian Hogue and Alex Rutterford of Lost in Space are creating the cyber-creature. They and Richard are planning the mapping between the dancer’s movement and the creature’s movement, so together they choreograph the creature. Emma Fryer is designing the installation itself, including the costume for the dancer. Max Richter is creating the music and any other sound elements. And Enid Gill is the dancer.

The roles are not as strictly defined as this and there is a lot of crossover between the different people and areas of activity as we develop our team dynamic.

Before pursuing a dance career, Richard already new he wanted to be a choreographer rather than a performer. He trained in dance at London Contemporary Dance School and started choreographing professionally while still a student there. He studied video through various short courses and working on productions. His familiarity with computers is the result of owning and programming them since he was young.

He has created dance videos for a number of dance companies and individuals. Previous dance work using technology includes: The Wall That Thinks, an installation created with architect Matthew Howland; a stage production called Hamsters in Mirrorshades; three dances choreographed for the world-wide-web; and tutoring on a number of dance and technology workshops.

For Richard, Cyberkinesis is the next step in his exploration of dance and technology. 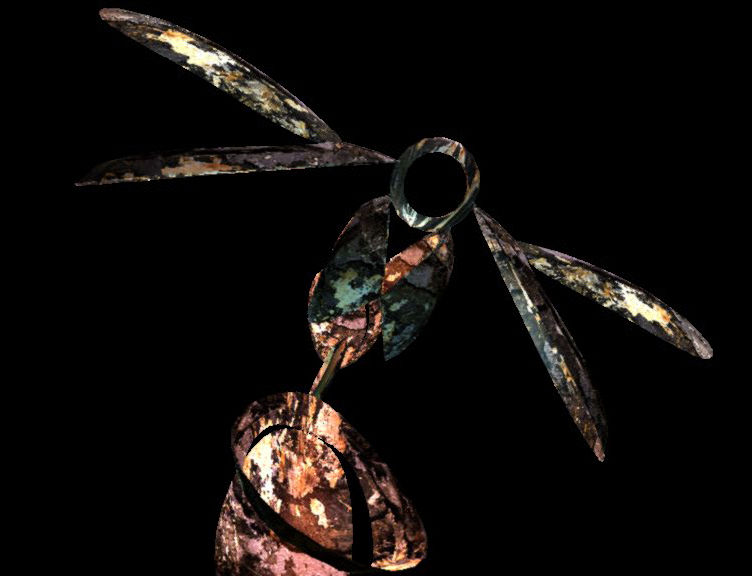 Lost In Space also works on creative commissions, where Christian and the Lost In Space design team have been given free reign to use the 3d medium to come up with an artistic interpretation of an event or subject. Last year Sadler’s Wells Theatre commissioned a piece through Illuminations Interactive – an interactive wishing well for the well beneath the theatre. In 1997 the Natural History Museum commissioned a piece through the Film and Video Umbrella for the Evolution of Man interactive installation exhibition.

Cyberkinesis is an opportunity for Lost in Space to apply their proven skills in character design and animation in an open, creative, collaborative environment. Lost in Space have been involved in this project with Richard from the outset and many of the ideas and developments have originated from them.

Emma trained initially as a sculptor and then more recently as a theatre designer. Much of her sculpture is designed as body adornment and has featured in exhibitions including the Alternative Fashion Show, The New Designers Show and Unlaced Grace as well as being used in fashion shoots and window displays.

She has worked on a number of dance and theatre productions including Richard’s stage production Hamsters in Mirrorshades in 1996. Much of her recent work has been with independent films for television and/or cinema.

Cyberkinesis fuses Emma’s interest in sculpture and body adornment with her interest in design for live performances. 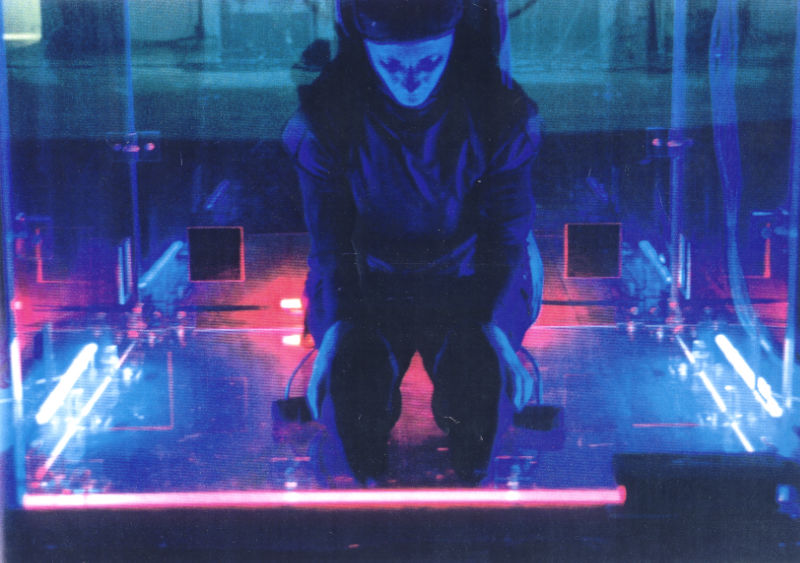 Max studied piano, flute and composition at Edinburgh University, The Royal Academy of Music and in Florence. In 1989 he co-founded the six piano new music group Piano Circus with whom he has toured worldwide.

As a composer, Max’s work is recorded by Decca, Virgin and Piano Circus’s own label. He was a featured composer at the 1997 Vale of Glamorgan Festival where the Smith Quartet premiered A house made of cloud for quartet, live electronics and video, which was also the subject of Radio 3’s Hear and Now. Other projects include Dead Cities, an album project from 1996 by Future Sound of London, and Sensing, a music and video installation for the Stoke Newington Midsummer Festival last year. Max also worked with Richard on his project applying evolutionary models to the creation of dance.

Like much of Max’s previous work, Cyberkinesis fuses disparate media into an expressive hybrid. This project allows us to develop a new multi-instrument, in which the dancer influences the sound, and to learn to play it.

Enid trained at London Contemporary Dance School and has danced with many choreographers in the UK and abroad. She has done a variety of work, much of it experimental, including performances in galleries and on the streets of Paris as well as more ‘conventional’ work with various choreographers. She is interested in the development of dance language and in Cyberkinesis this is manifest in the development of a means of dialogue between herself and the virtual creature. Enid has worked with Richard on a number of projects since they were students together at London Contemporary Dance School and her uncanny ability to know what he’s thinking makes her an invaluable asset to this project.