For Hot Chocolate it started with a kiss but for Philip Hill and Vicky Evans, the amorous combatants in Duets For Small Spaces, it starts with a sniff. One whiff of those mischievous pheromones and they're off, playing the game of love and making the rules up as they go along.

Choreographer Richard Lord throws romance, violence, trust, abuse, betrayal and much besides into a mix that arcs the rainbow of a relationship from innocent beginnings through all the stages that anyone who's been bruised by passion will readily recognise. But here familiarity doesn't breed contempt because, like being caught in the giddy throes of a new fling, there's a fresh feel about the dance and the dancers that defies cynicism.

A lot of that is down to Hill and Evans, who strike real sparks as they roll and tumble, bump'n'grind, spit and spat in the cosy confines of their white room. It's a remarkable feat from her as she only had a week to pick up the piece when the previous dancer dropped out through injury. Then again, if he can swap partners so quickly, can she really trust him and his wicked grin?

All the doubts and insecurities bubble to the surface as the first fires of passion fade and Duets For Small Spaces, not only inter-active on its own website (check out the medical soap opera that is the rehearsal diary), offers the audience the chance to be licked by the flames. Thursdays are singles nights and you will be randomly thrust into the company of a stranger. So make sure you smell nice. 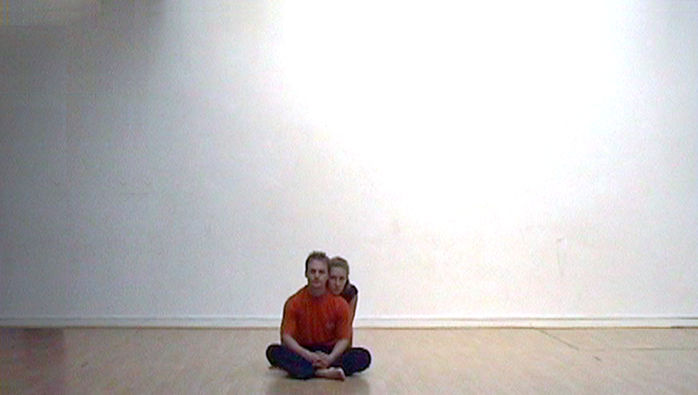