Freak Factory is about life. Every time you play Freak Factory you lose, eventually. You may prolong the game, you may get a high score, but eventually you will lose. Losing is inevitable and every Freak you make reduces the space you have, reduces how much game you have left. While you play it the game doesn't get harder, it gets less. With every move you make you see the end approaching.

But the end doesn't matter. The game isn't about the end, just as it isn't about the start. It's about all the bits in between. What Freaks are you making? What score will you achieve? What inspired, lucky or surprising moves will you make? Will you remember this game?

And then there's the obvious stuff. After they are born in the machine, the Freaks do two things - they move and they grow. Life.

A friend's son said he didn't like that they're called Freaks, because they're not Freaks, they're lovely. I said Freaks can be lovely too. I asked him which is his favourite Freak, he said "Archer, because sometimes he feels sad and he doesn't know why." Not just any Freak, a depressed one.

A friend tells me he loves it because he's better than his teenage children. It's the only game where he gives them tips. Another friend slugs it out with his teenage daughter. His best score is 88, her's is 93. For now. That'll change soon.

Freak Factory doesn't require fast reactions, it requires planning, thought, a steady mind. It's hardest to play when you're distracted. So much can go wrong.

Some shots in Freak Factory exhibit "sensitive dependence on initial conditions". Which means a small change in your shot will cause a big change in the outcome. Which also means "it's easy to mess up". The problem with many plans.

You'll never get a perfect game. If you restart every time you make a mistake, every time your game doesn't go according to plan, then you will never finish a game. The theoretical maximum score is a few hundred, but the practical maximum is about 150. My best is 118.

Getting a high score means accepting your mistakes, discovering the new opportunities they present, making a new plan. John Lennon sang "Life is what happens to you while you're busy making other plans". So is a big Freak in the middle of your factory.

Sometimes you decide to be cautious, and sometimes you go for the big shot, the wild shot, the exciting shot, because it might just work. Because games exist to be explored, to be played. Because life should be interesting.

Richard has worked in the games industry for fifteen years. He left his job as CTO at Stick Sports in January 2015 because he wanted to make his own games. Knowing it would take time to find good collaborators and wanting to deliver a game sooner rather than later Richard started developing a project that he knew he could deliver alone, with a minimal graphical style and novel gameplay. At the time, he called it Bubble Pack.

The core of the game is a game mechanic that requires patience and thought. It's the simplest of strategy games with a couple of simple rules, a physics engine, and infinite possibilities.

In March Richard was in the pub and he showed his friends the prototype. Brian disappeared early, which if you knew Brian you'd know is very unusual behaviour. But later that evening he emailed Richard a picture of the Freaks in the factory with the words "Sorry I didn't say goodbye. Really like your new game so I thought I'd have a (slightly drunk) blast at some graphics". A conversation followed and Brian became the visual designer for the game.

The collaboration between Richard and Brian has resulted in a richer setting and characterisation for the game that draws players into the unique mechanic at its heart.

Freak Factory was released on iOS and Android on 27th July 2015. The game was announced with a teaser trailer introducing the factory and the Freaks within it. 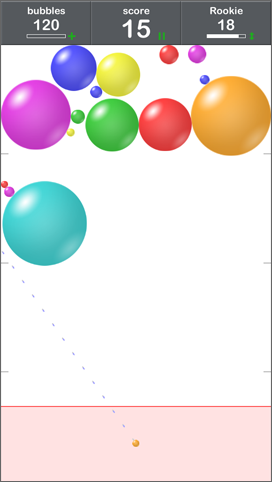 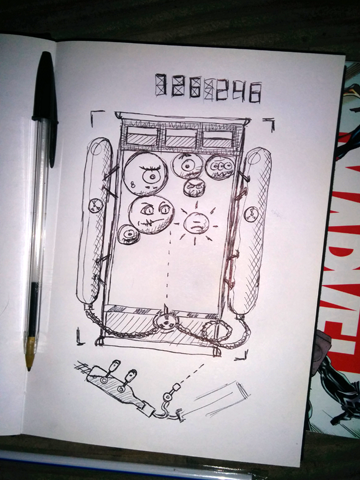 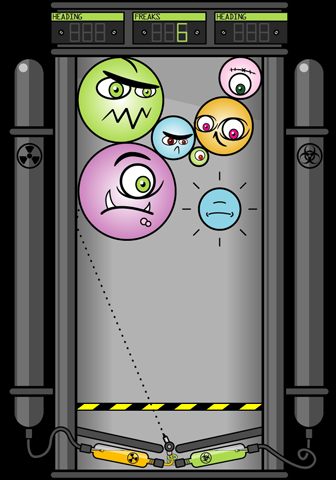 The design mock-up that Brian sent to Richard. 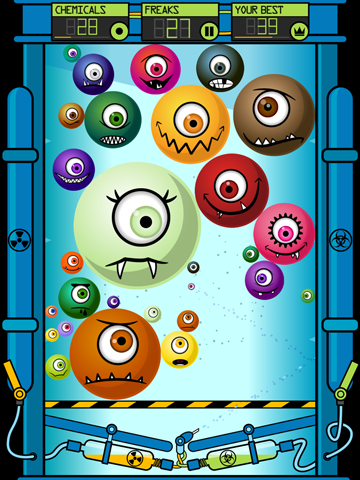 How the game looks now. 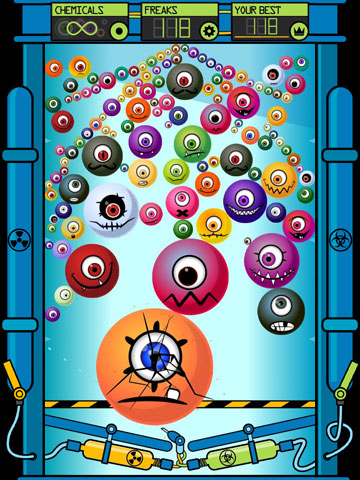 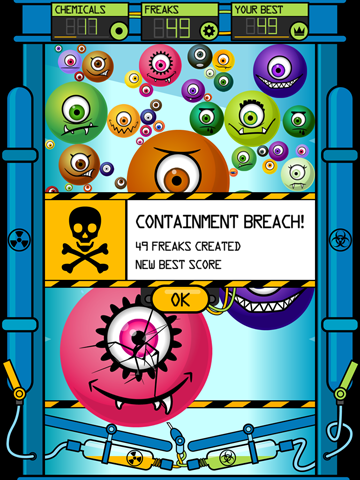 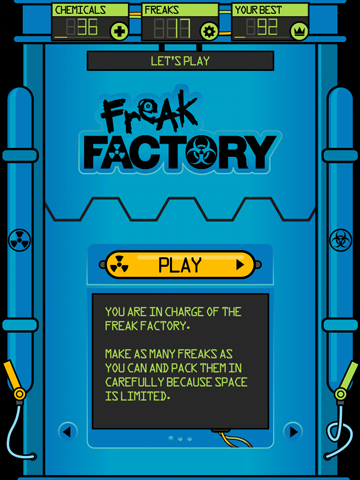 The factory with its doors closed. 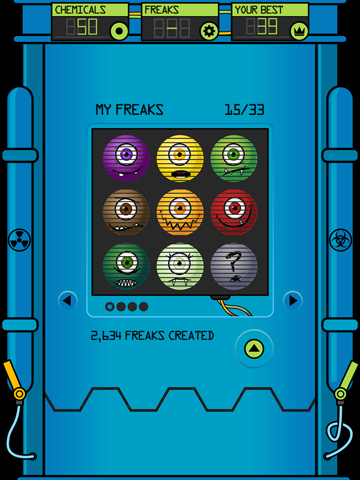 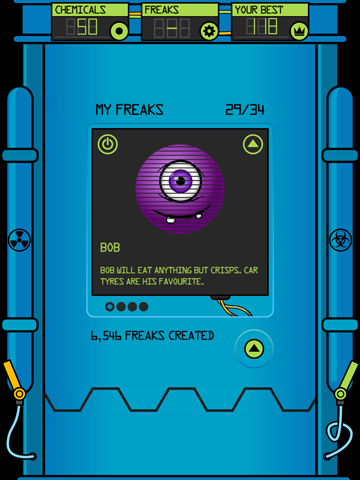 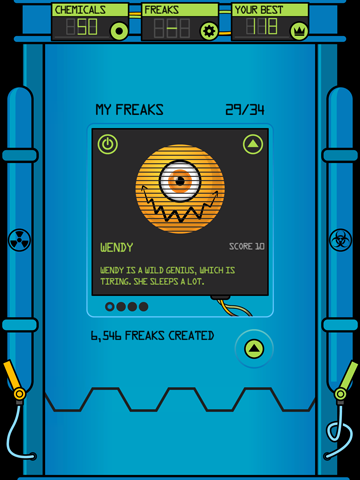 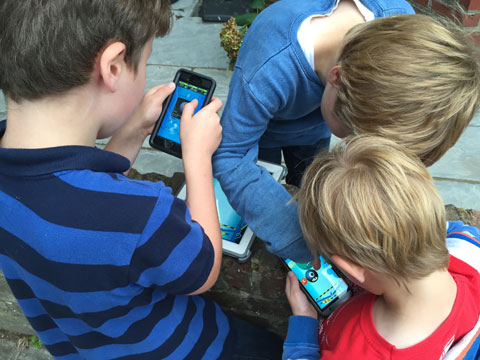