In teams of two or three, as the only programmer, working closely with the game designer and artist we explored and developed new ideas for mid-core mobile games.

2018: Prototype for mid-core mobile game (not yet released)
Sole programmer

2017: Prototype for Call Of Duty mobile game (not yet released)
Sole programmer

Designing and building my own game as a break from working for others.

Technical director for all the games we built during that time, and hands on sole programmer or programming lead on the games listed below.

Designed and implemented the architecture for the company’s video & audio streaming platform server and client-side applications.

Changing server applications to a RESTful API.
Creating an MVC architecture for existing and new PHP services
Moving critical services to Java
Lead programmer on a number or critical services

Developed a number of web games for clients including 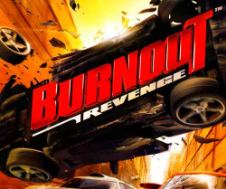 Lead Engineer on the front-end team, I was hired because of my knowledge of both C++ and Flash - the team were using a new in-house runtime to create the UI with Flash

Developed a number of museum installations, web games and CD-ROMs for clients including

1998: An A-Z of the Middle East (educational CD-ROM)
Sole programmer